From the People Who Brought California Prop 59, The Overturn Citizens United Act

NOW IN THE CA ASSEMBLY: AB 83 The Get Foreign Money Out of California Elections Act

Contact your CA Assembly Member and CA Senator to ask them to sign on as a co-sponsor of the Get Foreign Money Out of California Elections Act (AB 83).

Last year's version of the bill, AB 1819, was endorsed by The League of Women Voters of California. Watch their statement in support of AB 1819 in the clip below. In this April 2022 hearing AB 1819 was passed out of the Assembly Elections Committee. 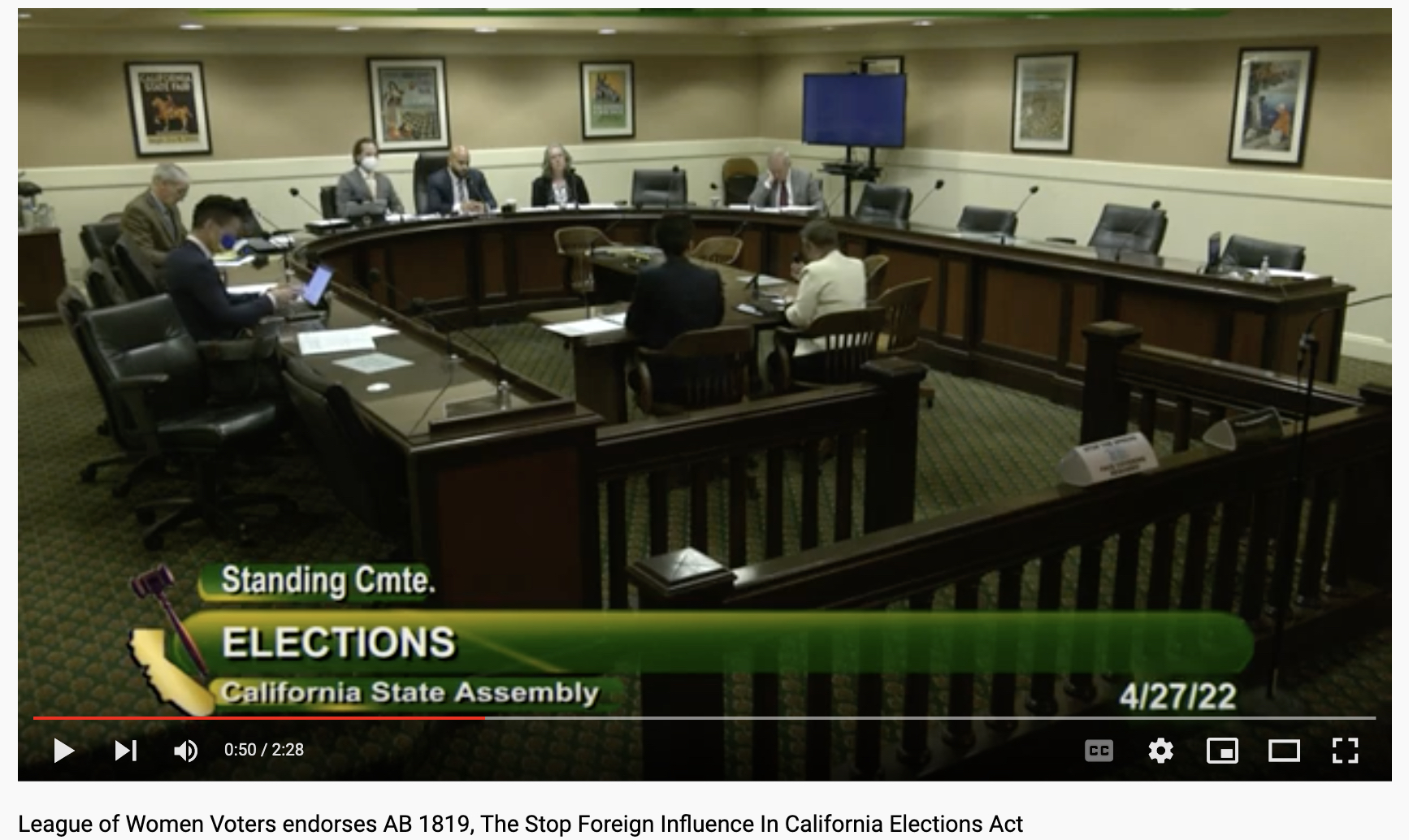 US Code clearly prohibits foreign money in US elections.  Citizens United v FEC opened our elections to foreign money and influence through foreign investors who now hold over 40% of all shares in US corporations.  The result has been precisely what our founders feared. 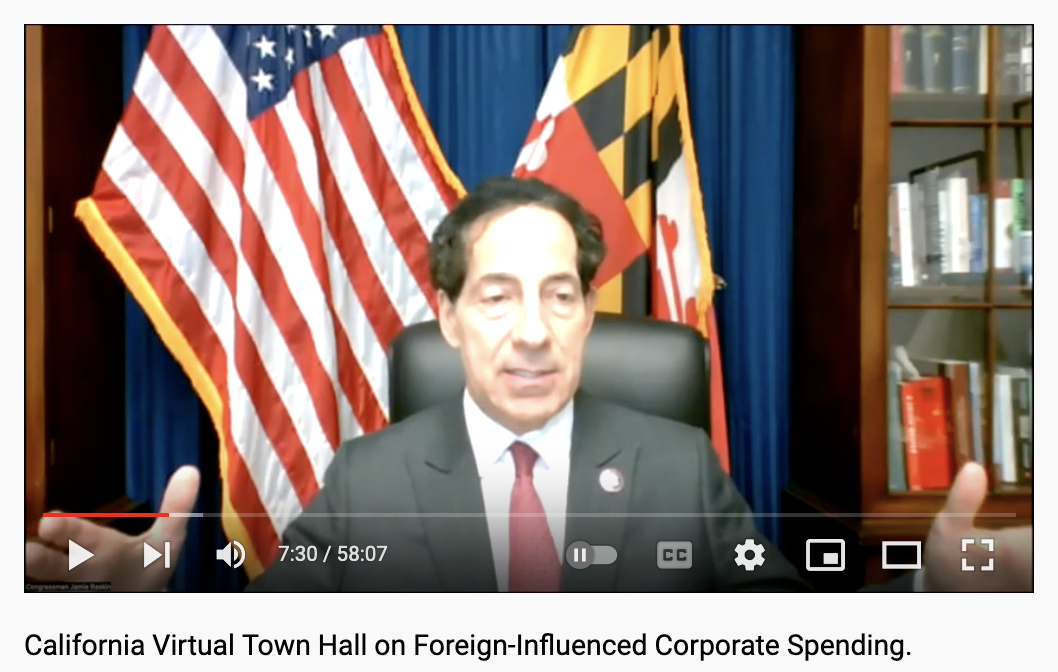 Watch the Virtual Town Hall with:

We'll need you to make sure the CA Legislature will protect American democracy from foreign influence.

The AB 1819 supporting materials are linked below. They will be updated when the new bill number has been assigned.

Want to know more about the campaign to get foreign money out of California Elections?  Click here to request a speaker from MOVI at your organization's next online meeting.

NOW IN CONGRESS: HR 6283, Get Foreign Money Out of U.S. Elections Act (Rep. Jamie Raskin) HR 6283 would prohibit foreign influenced corporations from participating in US Elections. 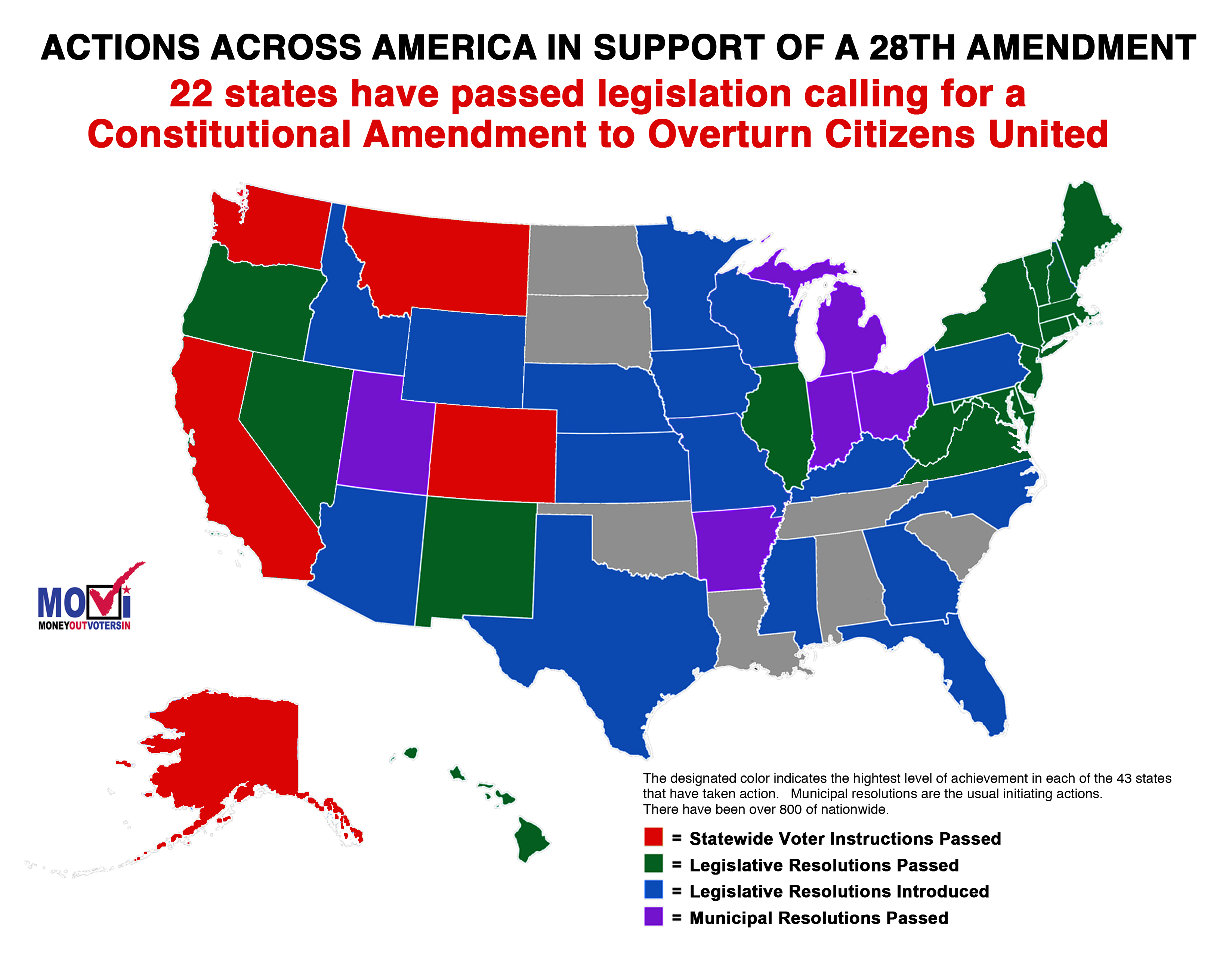 With the passage of Prop 59 California voters instructed our elected officials “to use all of their constitutional authority” to deliver to the people of California an amendment to the US Constitution which would remove Big Money from our elections.

Money Out Voters In, MOVI is an organization of democracy advocates dedicated to ending corporate rule and promoting civic engagement.

Money Out Voters In is a qualified 501(c)(3) tax-exempt organization and donations are tax-deductible to the full extent allowed under the law.