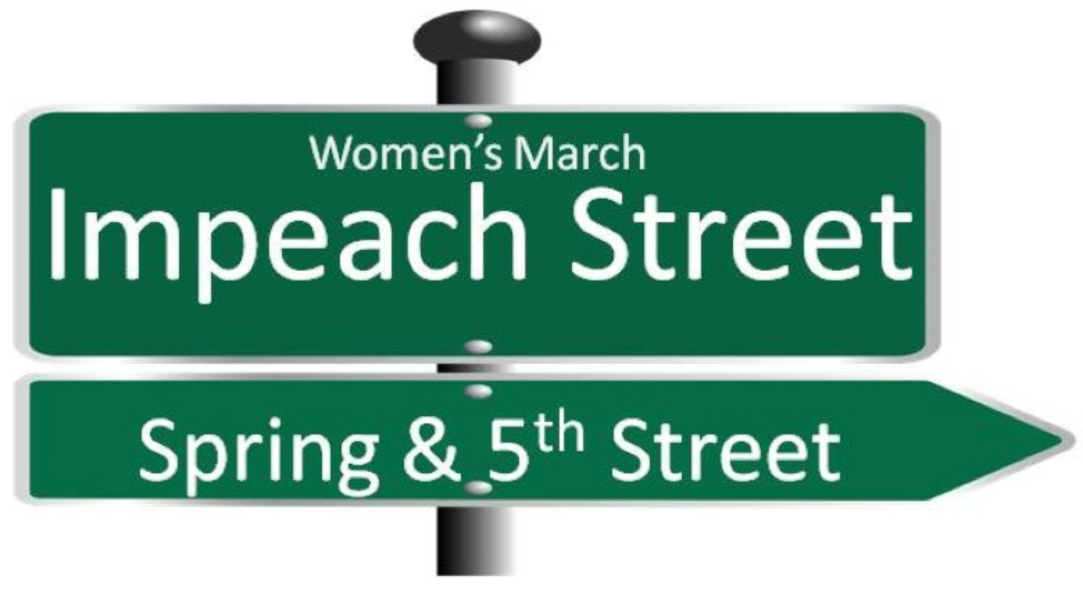 On Saturday, January 20th, we will gather at the intersection of Spring and 5th Street by 10am (start to gather at 9:30am) to march in support Women's March Unity Principles through political change.  This placement should put our Impeachment signs right in front of the speakers at City Hall.

We will be calling on the US House of Representatives to honor the oath they took to uphold and defend the US Constitution by initiating IMPEACHMENT investigations to determine if the President of the United States should be tried by the US Senate for “high crimes and misdemeanors.”