FAQ About A Constitutional Amendment

You’re dreaming, it will never happen…

Au contraire!  Freedom of speech, abolishing slavery, women’s right to vote, and two-term limit on Presidencies are just a few of the 27 amendments to our constitution.  Americans have overturned bad Supreme Court decisions with a constitutional amendment 7 times.  We must do it again now!

Second: 2/3 of the states can call for an Article V Constitutional Convention.  Delegates from all 50 states would gather at the convention.  If an amendment results from that gathering it would be returned to states for ratification, where again, passage by 3/4 of the states' legislatures would be necessary for the amendment to be added to the US Constitution.  Five states have called for an Article V convention to overturn Citizens United. California is among them.  In June, 2016, Rhode Island became the 5th state legislature to formally issue the call for a convention to overturn Citizens United.

Alternatively: Some people argue that we just need to have a new Supreme Court to overturn the Citizens United v. F.E.C decision, but getting the right case that would really push back the damage done by the Supreme Court is not necessarily so easy.  Read why.  Don't leave such an important decision in the hands of Supreme Court justices who have failed us on this issue with increasing frequency in the past century.

What has often happened in our history is that as more states and more Americans call for a Constitutional Amendment, the US Congress is pressured to act.

CONSTITUTIONAL AMENDMENTS TO OVERTURN CITIZENS UNITED HAVE BEEN INTRODUCED IN THE 114TH CONGRESS.

Democracy for All Amendment (SJ Res 5/ HJ Res 22) See if your senators or representative signed on.

Provides Congress and the states with the authority to determine reasonable regulations on campaign financing and distinguish between natural persons and other artificial entities under campaign finance laws.  Key sponsors: Sens. Udall, Sanders/Reps. Deutch, Edwards, McGovern.

We The People  (HJ Res 48) See if your representative signed on.

Clarifies that only human beings, not legal entities like corporations, are entitled to the protections of the Constitution, and stating that political campaign spending is not protected by the first amendment.  Key Sponsors: Rep. Nolan, Rep. Jones

PROGRESS TOWARDS A CONSTITUTIONAL AMENDMENT 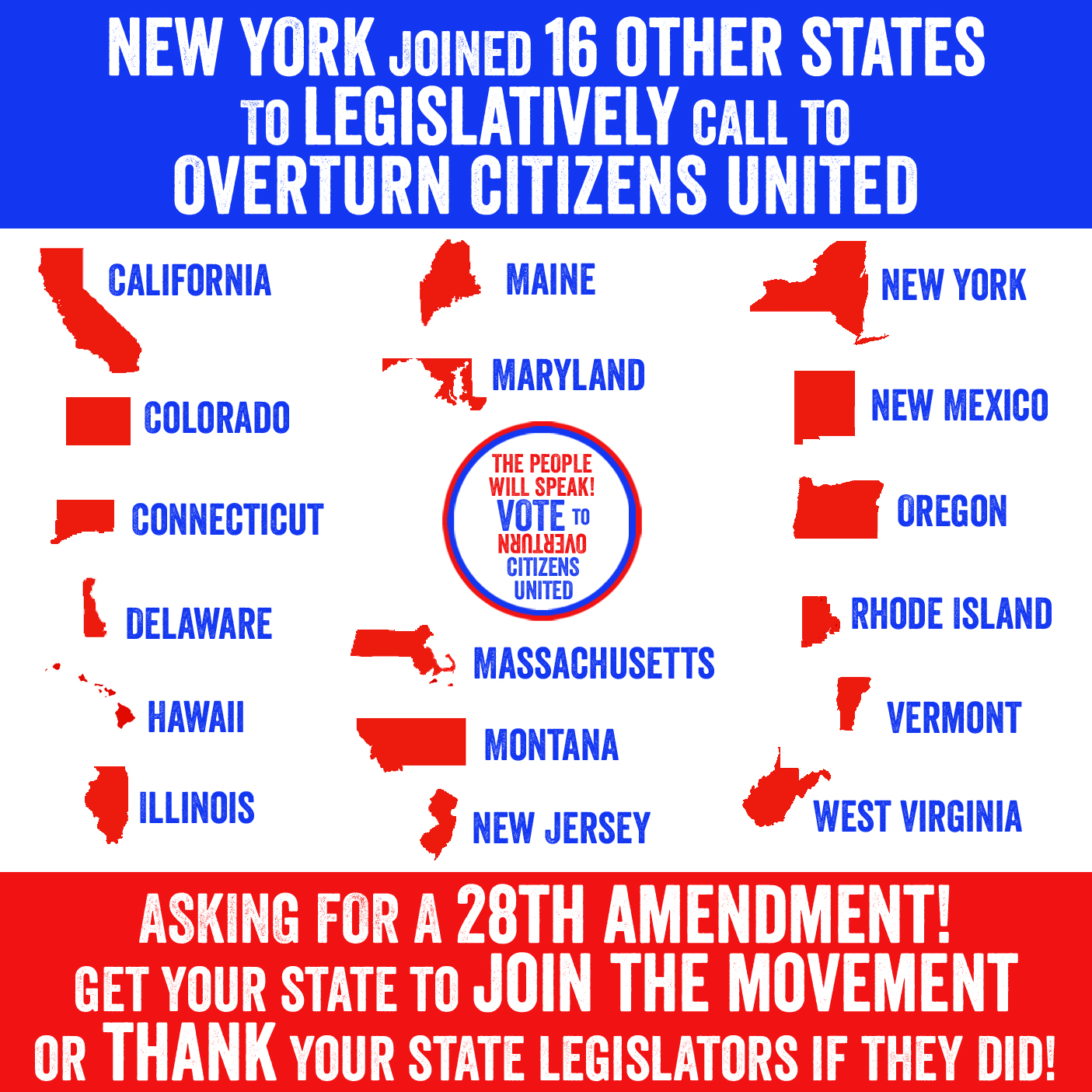 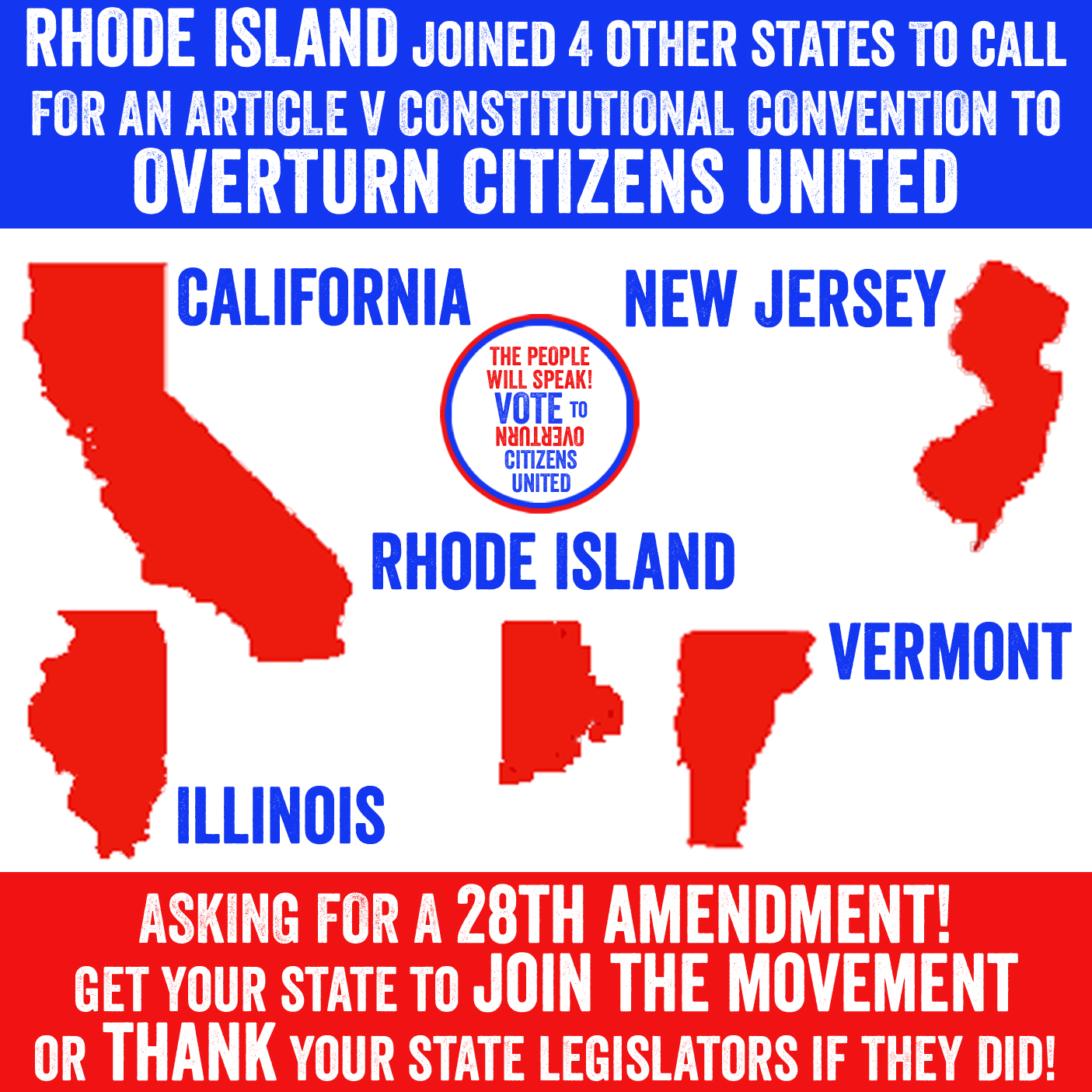 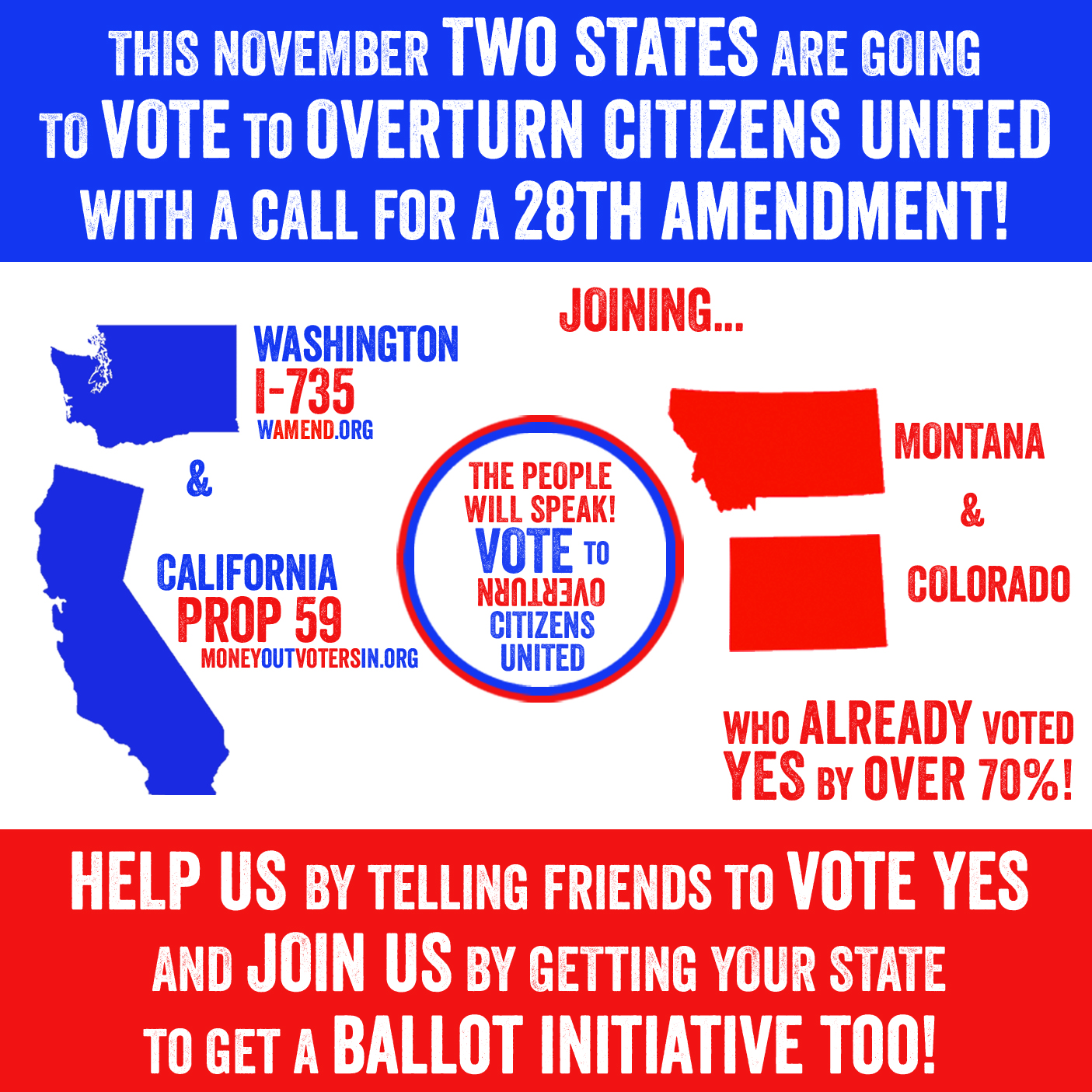 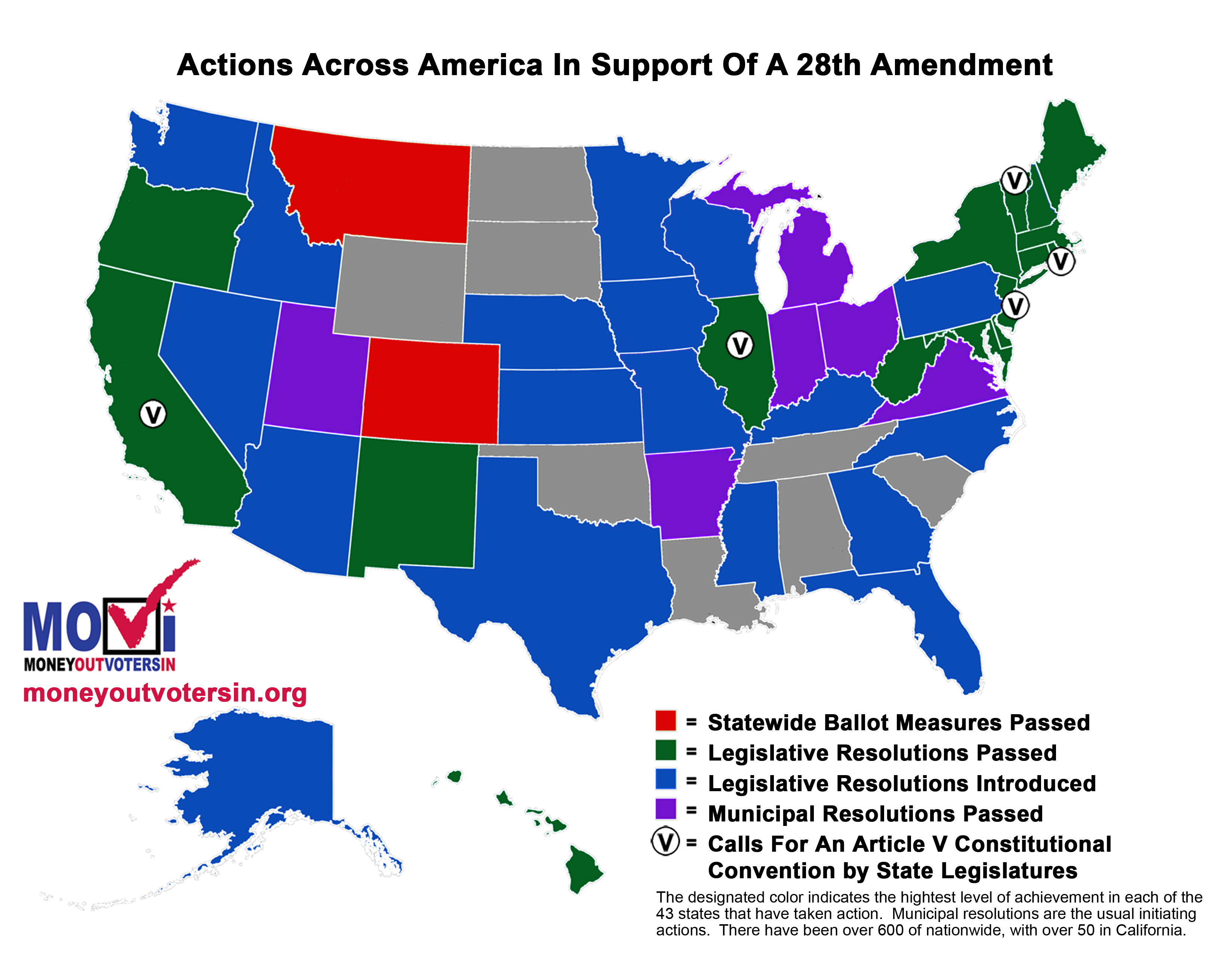